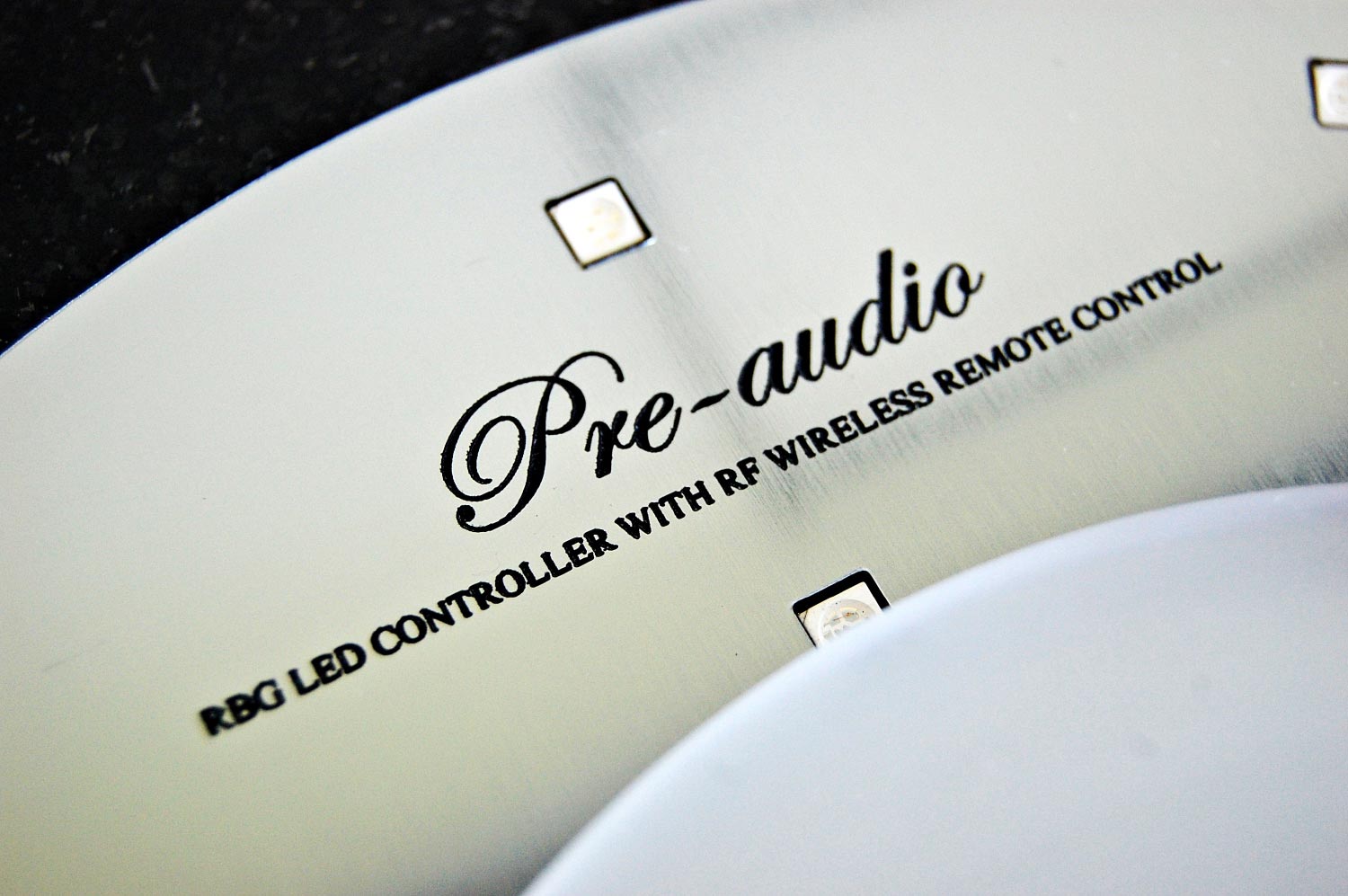 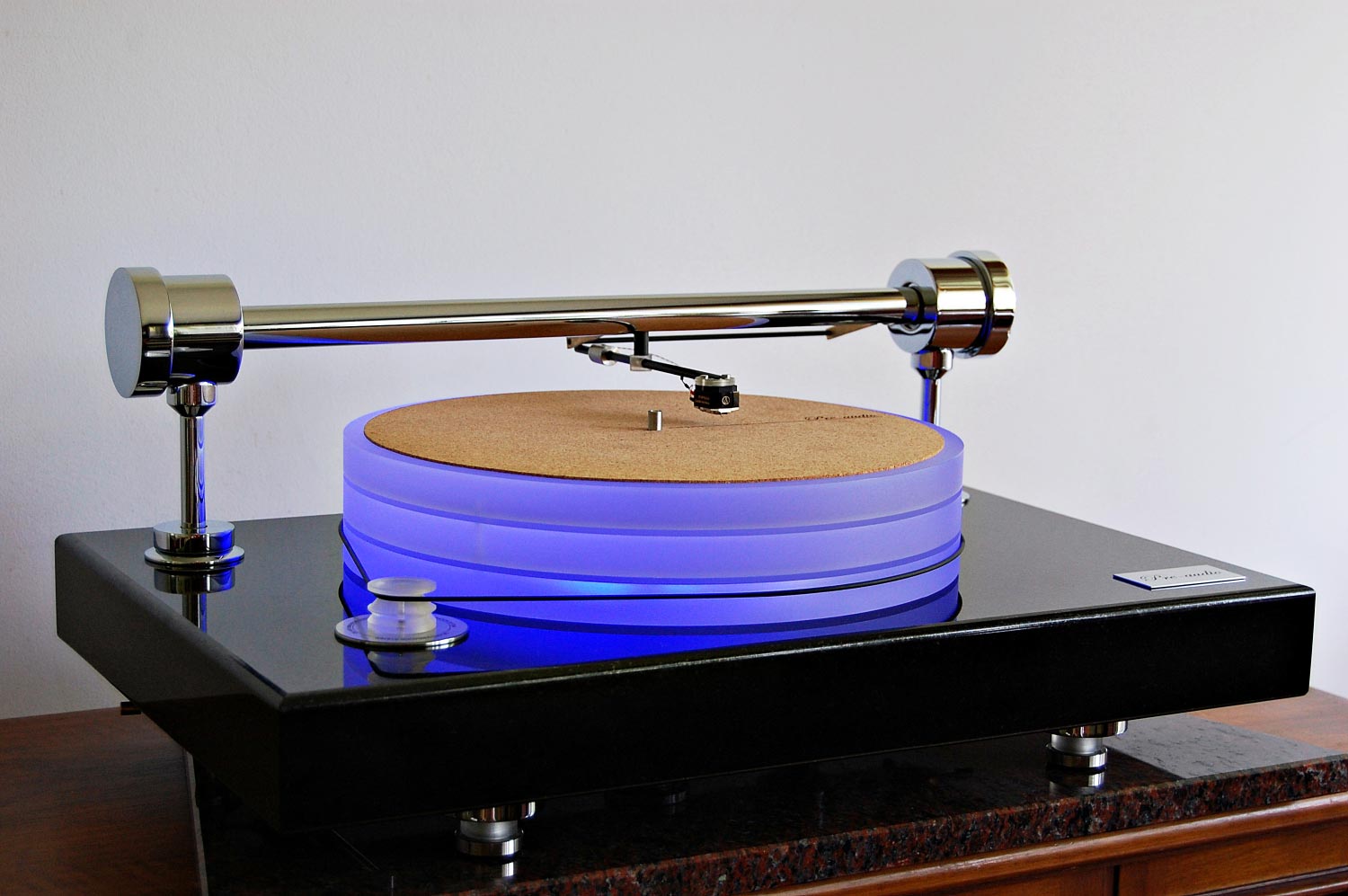 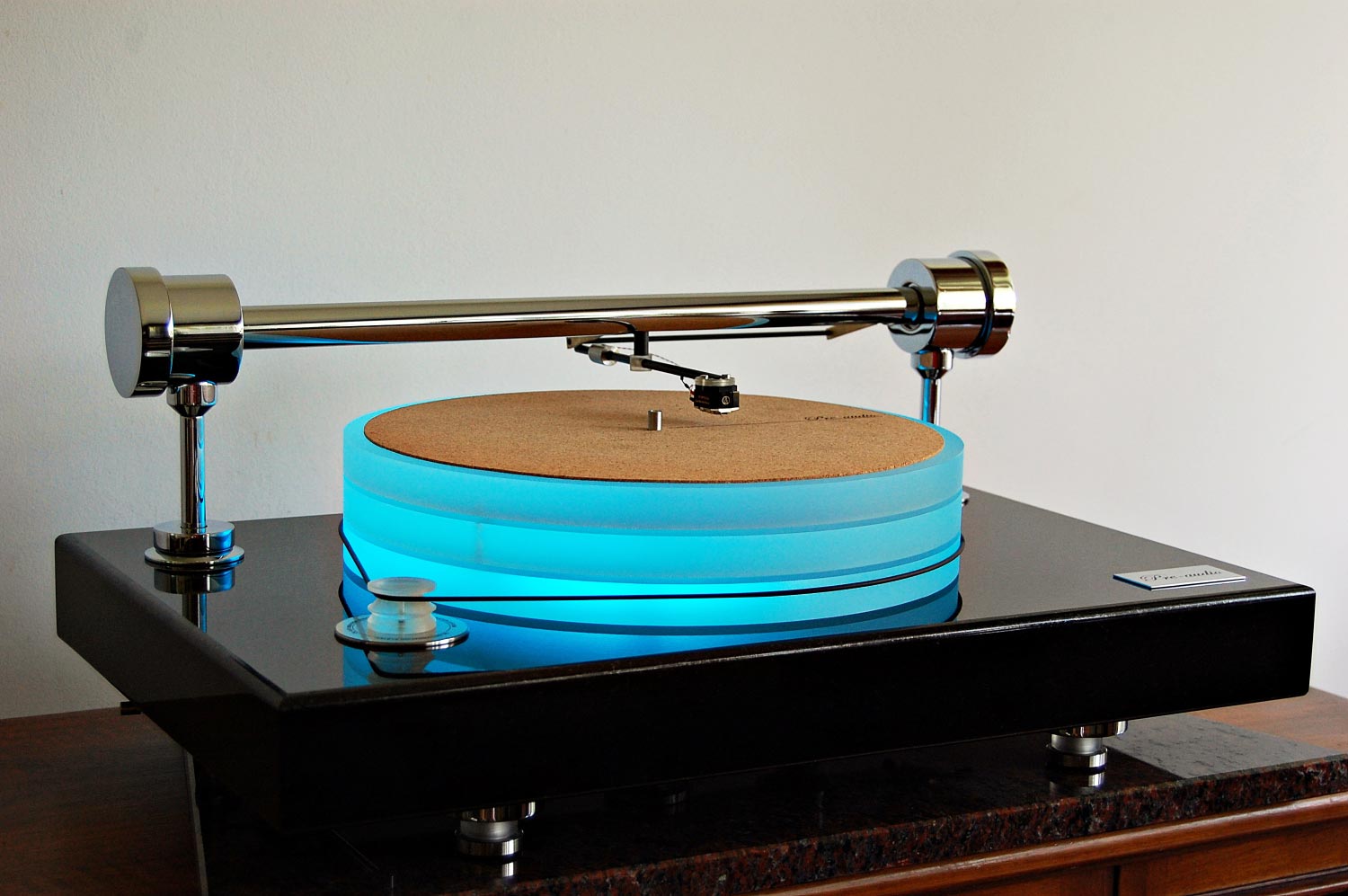 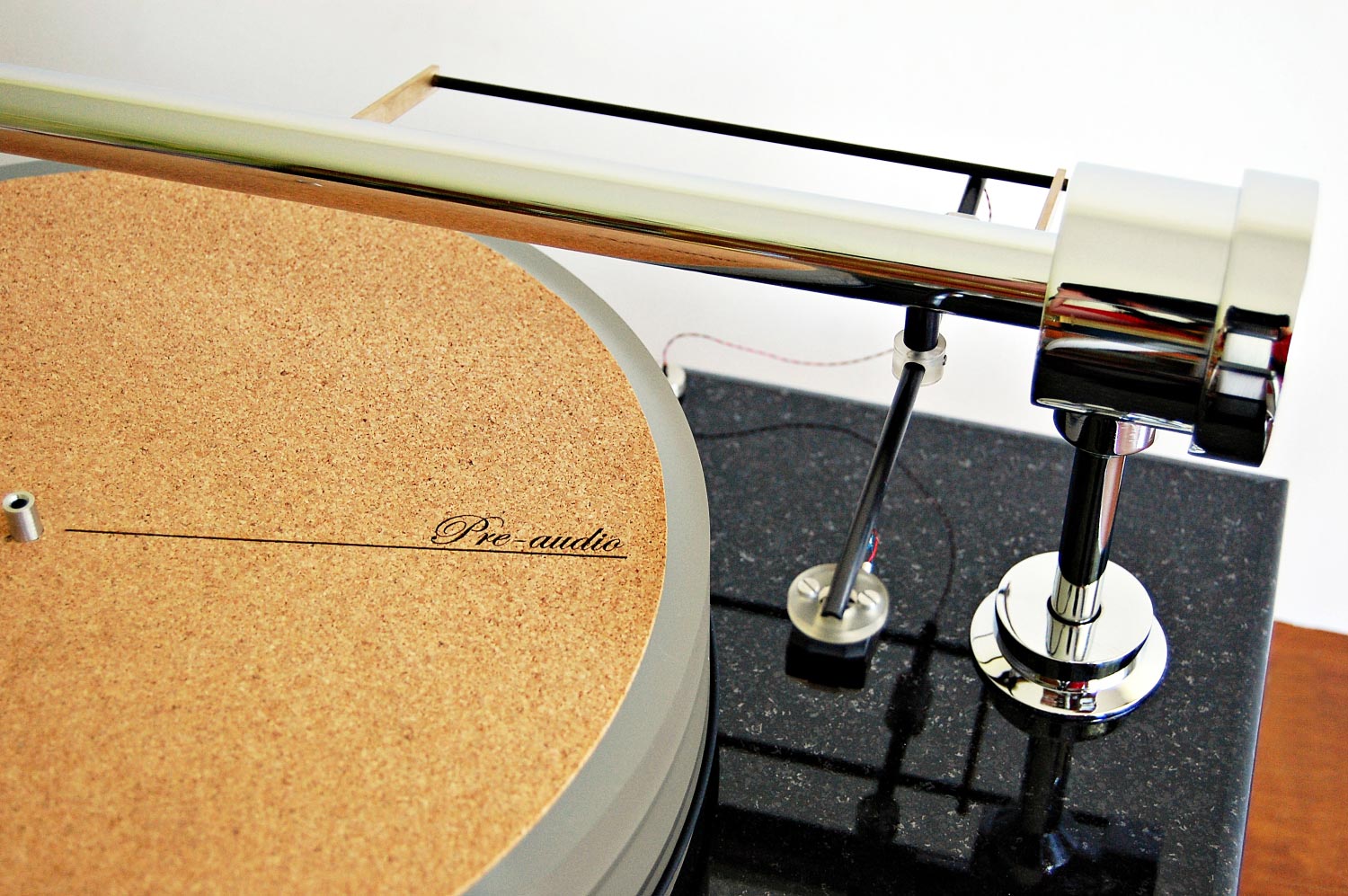 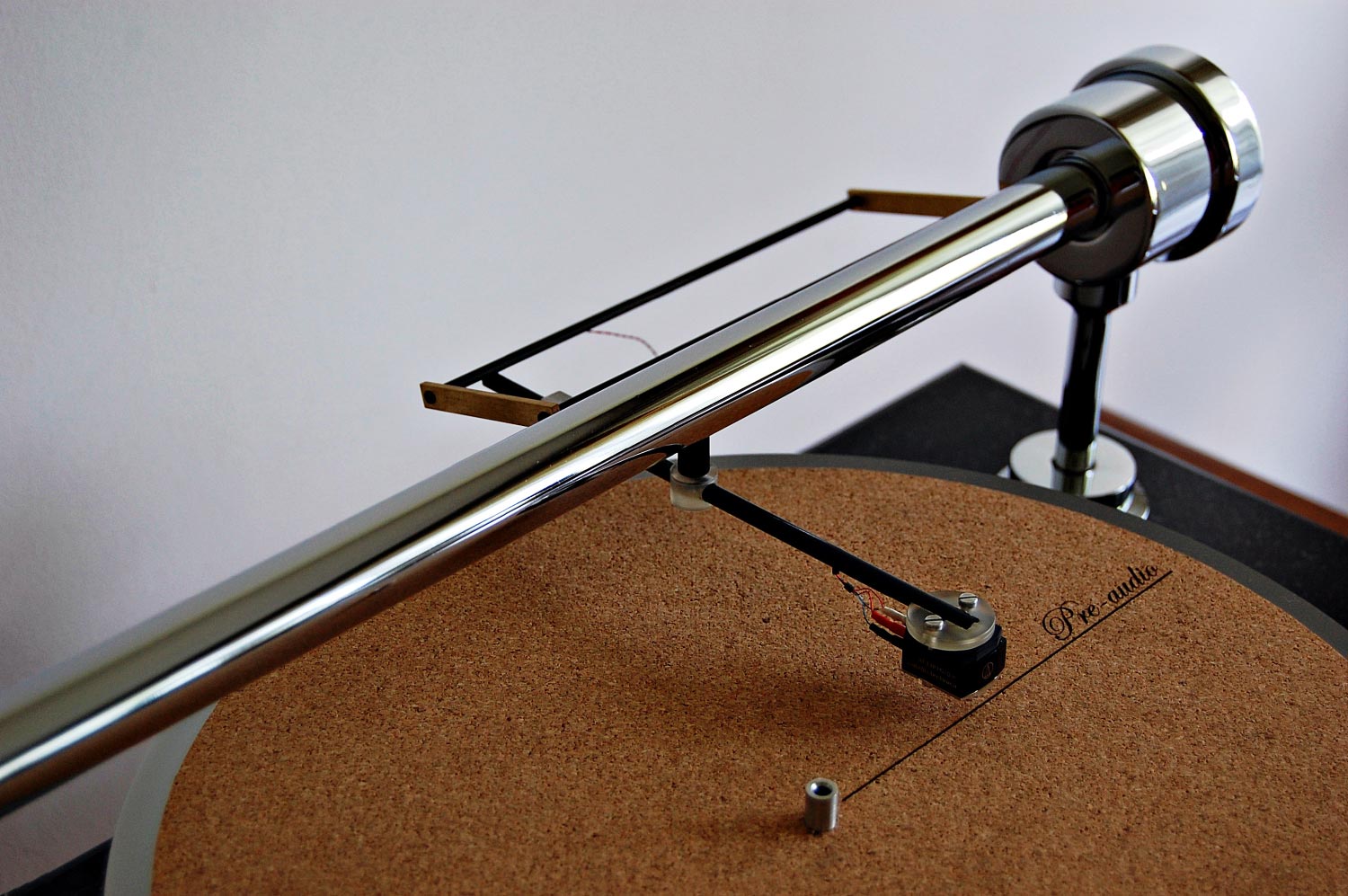 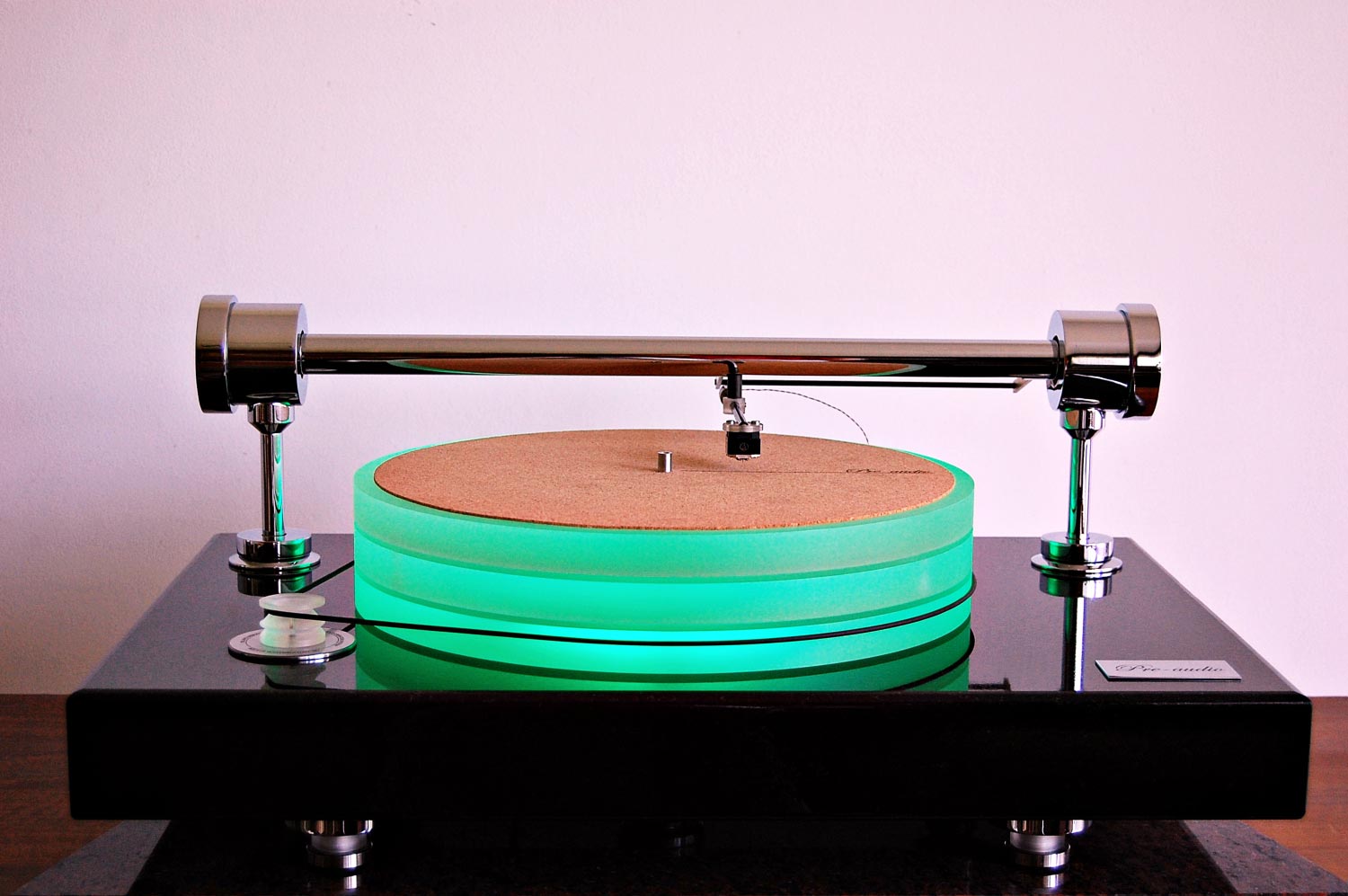 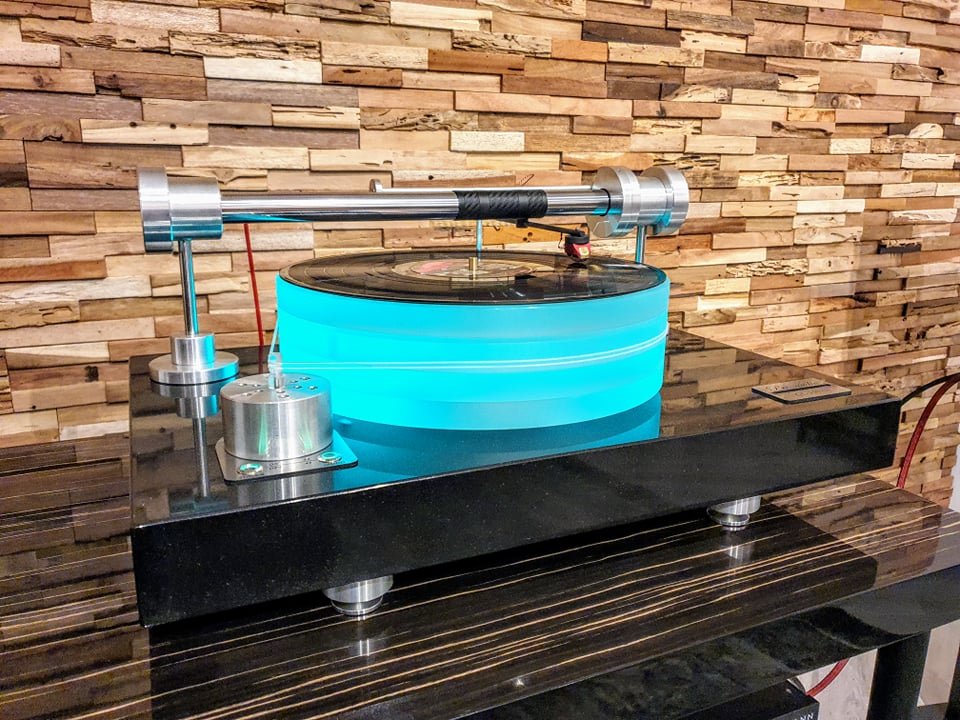 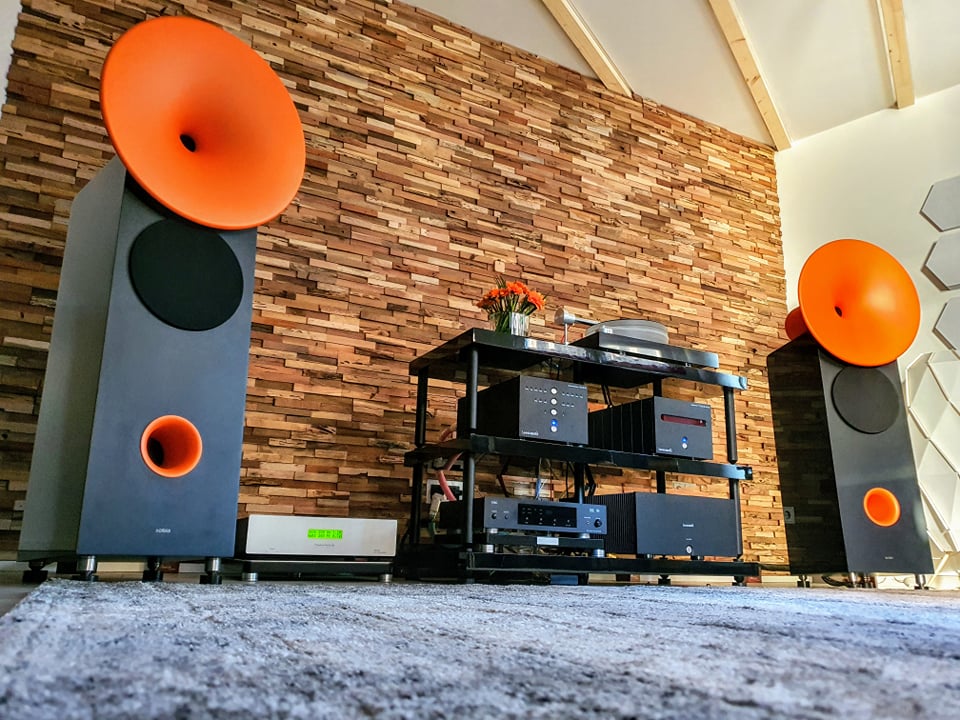 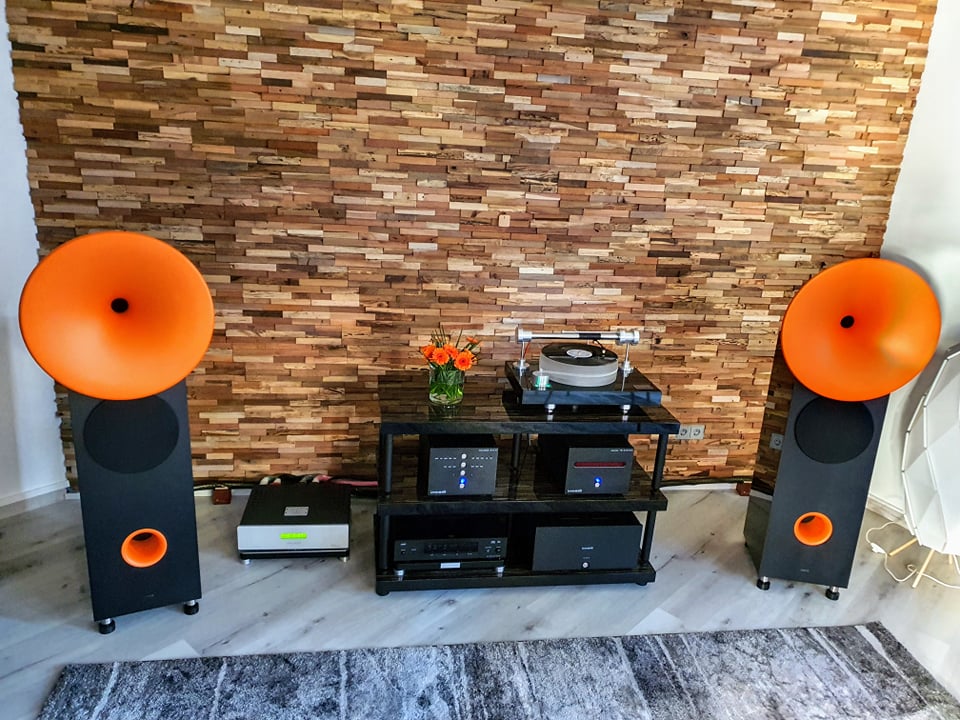 The air pressure (0.040MPa) is needed for the turntable to work properly. This pressure is efficiently produced by a very quiet compressor, which is an inseparable part of the turntable.

The precise execution of the arm components allows for the use of a very low air pressure which reduces the compressor’s noise to virtually zero. The attachment of the arm guide on two sides reduces the resonance to zero. Due to the wide range of calibration options, the arm can support most MM /MC cartridges available on the market.

A quiet DC motor (12V) and two sub-platters are used to drive the disc. Two thin silicone belts transmit the torque from the motor, which is located next to the platter, to the bottom acrylic sub-platter. The movement of this platter is transferred to the actual platter using small magnets. The magnets at the same time keep the upper platter aloft over the sub platters and drag it according to the sub platters’ movement.

The platter bearing levitates on the air cushion which reduces possible resonance to zero. The entire uppermost platter levitates about 1mm in the air. The bearing is made with high precision to create an air film between the two elements.

Classic conventional pivoting tonearms move freely, they are “pulled” by the stylus across the record. Because of the inevitable circular movement, conventional tonearms produce tracking distortions. Record players with linear/tangential tonearms have zero tracking distortion. The tonearm positions the cartridge at the same 90-degree angle at which the record was cut. However, in the past, many basically great constructions of record players with linear tonearms were too complicated to use and very heavy. For the linear tonearm to move, it was/is necessary that the arm is controlled by electric motors. These motors are pushing the arm across the record, but the mechanical complexity of these models makes them more vulnerable to breaking and failure.All Pre-audio models with a linear tracking tonearm have a very low mass and feature a mechanically simple construction. This makes it possible that – like in conventional pivoting tonearms – the trolley that carries the cartridge is “pulled” across the record by the stylus. Please have a look at our videos to see for yourself how efficient and elegant our solution is. 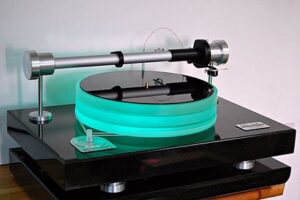 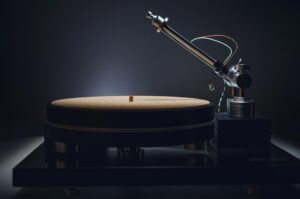 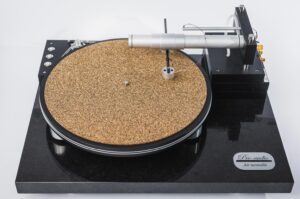 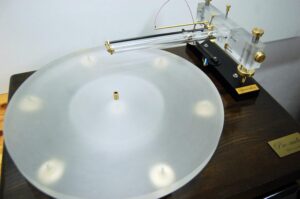